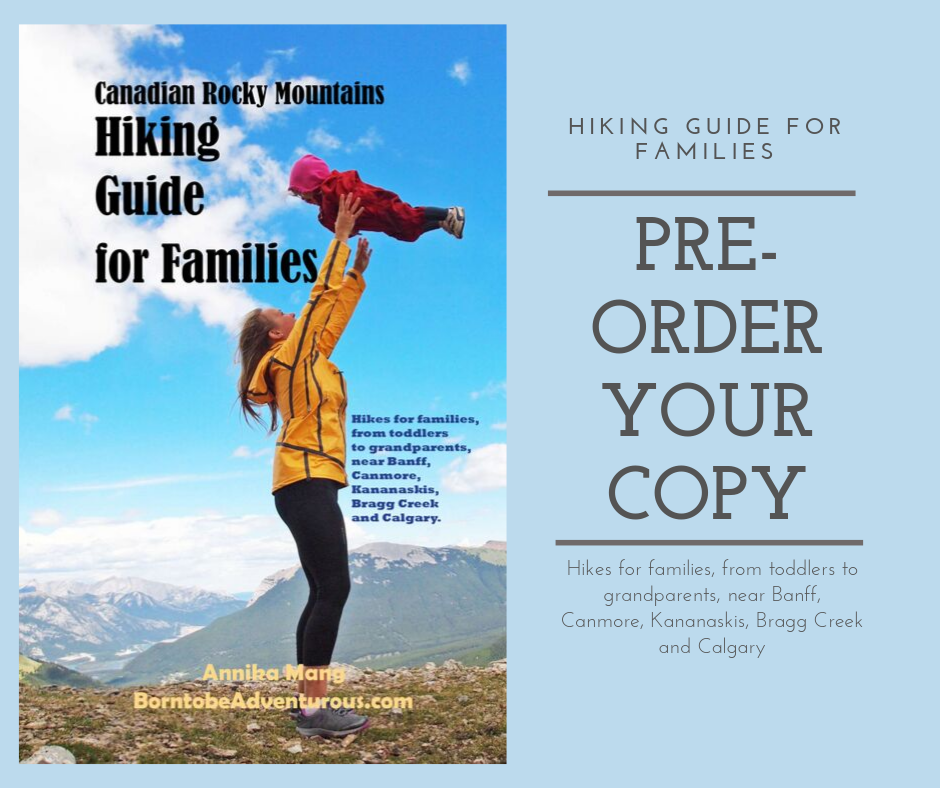 I first heard of Annika of Born to Be Adventurous well over a year ago. I was early on in my “Mom Wears Hiking Boots” days and was being considered for a really neat influencer opportunity.  I didn’t get the gig, but Annika did. With her blog and social media already well established, she was a shoe in! I immediately began to follow her online. Her dedication to her work was so inspiring and I was grateful to be able to be a part of her online community!

Fast forward some time, and I found myself on a phone call with Annika. I felt like I already knew her the instant we started talking. Her passion for what she does was so evident through the phone and she was such a joy to talk to!

Annika started blogging when her and her hubby went traveling to Bali and Nepal, pre-kids. Mostly the blog was made for her family and friends, in order to keep everyone updated on their travels. After the trip, they moved to Vancouver, where she continued to blog about family life. They then relocated to Copenhagen. I’m sure it’s obvious at this point that Annika just has had a lot of really cool experiences to write about, and thus, the blogging continued!

Lots of people continued to ask her how to travel and hike with their kids. In February of 2016 she came up with Born To Be Adventurous as a response to a need she felt had to be filled.

“I don’t think I ever knew what it would become but I wanted to be intentional about it and reach a bigger audience,” Annika said of BTBA. Her husband has been very supportive of this entire project, and Annika shared with me that he said, “don’t be disappointed if there’s only 1000 people.” She knows his intentions were to be supportive and loving, but that lit a fire under her and she knew in that moment that she’d grow it well beyond that.

Annika told me that running BTBA helped her through her maternity leave. As with many of us, she says she doesn’t do well with just tending to the kids and home. This made it so she felt like she was doing something productive and something that was just for her.

The online community she’s met through BTBA has made it an incredible experience.  Annika has satellite Facebook groups which are open to anyone around the world.  Currently she has activity based groups in Calgary, Edmonton, Saskatoon and Fraser Valley.  These groups are all run by volunteer moderators. They grew really fast, way beyond her expectations.  She’s open to having other groups form under the BTBA banner if there are folks out there looking for one in their area.

When Annika started the blog she began to collect information and photographs of various hikes in order to work towards creating a guide book. It took a long time to gather the hikes with the kids in tow – over three years of work.

Her book has finally reached the Kickstarter phase! Annika’s Kickstarter Campaign can be found HERE. The campaign runs from October 1 to November 7, 2019. The goal in order for her to self-publish the book by June 2020 is to raise $10,000. If buying a book or t-shirt doesn’t appeal to you, Annika would love your support in spreading the word about her Kickstarter Campaign in hopes that she will reach her goal. That said, after only a short few days, she’s closing in on being 50% funded!

The book, entitled “Canadian Rocky Mountains Hiking Guide for Families,” will include tips and tricks on how to get the kids out, trail reports, photos, nearby attractions that are fun for kids and directions to the trailhead.  Also included is a hiking challenge and sticker sheet to use with the kids. Think of this as a fun thing to put into a baby book – the first 10 hikes your little one has done. You can colour the mountains on the hiking challenge sheet or use the stickers. This will be another great motivator to get kids outside.

Last but not least, I asked Annika what her favourite social media platform is, and she told me Instagram because she “loves the creativity, loves getting better at taking pictures and also loves the story telling aspect.” The exciting challenge is, “figuring out how to engage people and what is the story I want to tell. Then it’s what picture I’m going to use to captivate my audience.” If you’ve ever watched the BTBA stories section of IG, you’ll see why this is so true. Annika is an authentic sharer, an inspiration, and a woman you’re definitely going to want to follow!

You can find Annika here:

And of course via her website for her fantastic blog www.borntobeadventurous.com