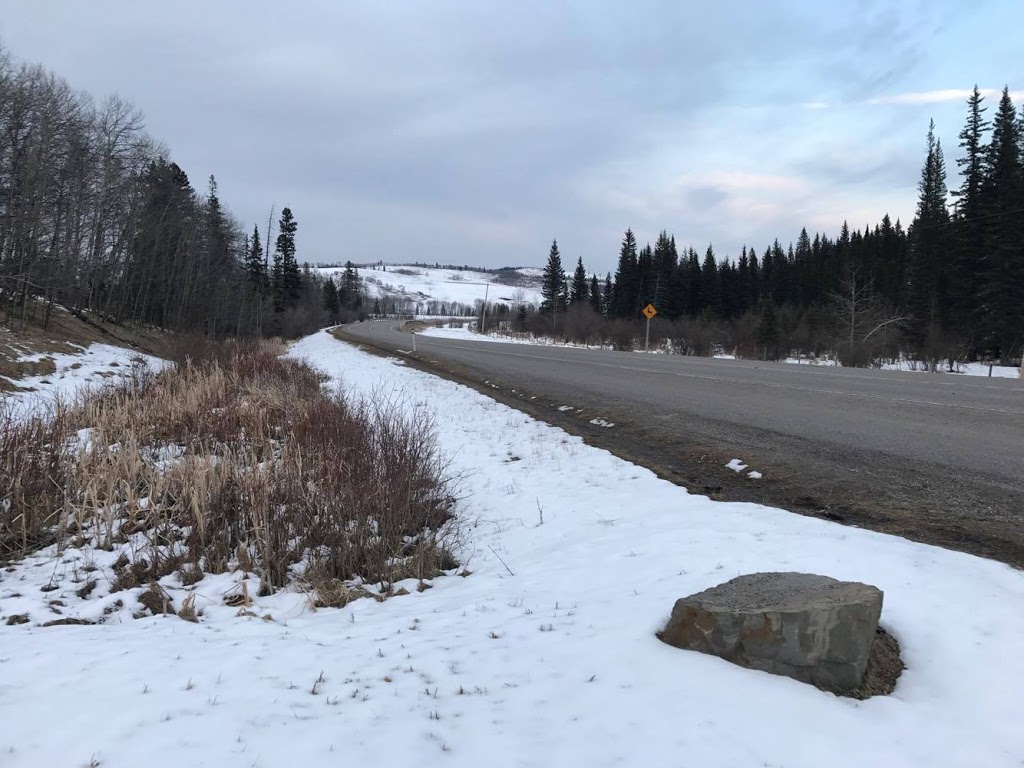 Tonight was one of those wildly busy evenings where my husband  Chase works all day long and then follows that up by heading into the city to do more quotes for various projects he is bidding on. Summer is often insane this way due to the nature of his work. So it was just going to be the kids and I for the night.

I was basking in the awesomeness of winning an Instagram related contest, while my kids soaked up every Teen Titans episode on Netflix.  All of a sudden, a Facebook group I am part of, posted a challenge! The challenge was to get out and find some snow, engage in a snowball fight or build a snowman.

Downstairs I ran, knowing there was at least an hour and a half of daylight left. I turned the TV off, bribed the children with take out for dinner, and off we went!

This may seem rather impulsive, and it is, but that was what made it so much fun. We hit the road and about 20 minutes later reached the edge of the Kananaskis west of Turner Valley, Alberta. We even passed a herd of Elk along the way!

I explained the nature of the challenge and we got to work, piling up what little bit of crusty snow we could. We made the saddest, most hilarious little snowman I think we’ve ever made. The kids got right into it, pushing more snow over, searching for rocks and twigs for the face, and Elijah lent it his flat brim hat and sunglasses.

We took a few photos and popped back in the truck. It was way past bedtime and we needed to get home.

The best part for me, was when they said, “That was so much fun.” That’s exactly what an adventure should be. I don’t know if it was the nature of the adventure, the fact that it was completely spontaneous or that they felt they were in control (they helped choose where to stop), but they genuinely enjoyed it.

No peaks were “bagged,” no epic gear was needed, no faraway lands or money was involved (other than the $15 I spent on sandwiches.

Sometimes I think we need to just give into those spontaneous moments and embrace the impromptu opportunity for a tiny adventure as it arises. They are great ways to build relationships with our kids, friends or spouses. The conversation I had with my 6, 7 and 8 year old on the way back was meaningful, challenging and thought provoking. It was an opportunity I’m so glad I had. Thanks be to spontaneity!!